The Castle Rock “Lighting of the Star” has been a community event shared by residents dating back to 1936. The same spirit of volunteerism, generosity and love of tradition exists today as Castle Rock businesses and residents prepare to celebrate Starlighting downtown on the Saturday before Thanksgiving.  The 2019 Castle Rock Starlighting is Saturday, Nov. 23 from 2 PM to 7 PM in Downtown Castle Rock at Historic Wilcox Square.

As one of Castle Rock Chamber’s signature events, this year’s celebration will again include: hot chocolate, non profit booths, strolling entertainers, live entertainment and of course Santa will be present for photos and visits. Don’t forget to enjoy the Rink at the Rock, an outdoor ice skating rink in downtown Castle Rock as well. Non profit groups are invited to participate in this well-respected community event to spread the word about their organization.  Click below to register, space is limited.

The Starlighting ceremony will begin promptly at 5:00 pm and the lighting of the Star will be at approximately 5:30 pm, it may be earlier.  This year our ceremony emcee is Corey Rose, 9NEWS Anchor!

Santa will be available for visits at the PS Miller Library 2-4 pm and at the Fire Station 2-6pm.

This event is presented by the Castle Rock Chamber of Commerce.

Come stroll & shop our local stores around Historic Wilcox Square.Visit with non profit organizations and sponsor booths. Grab a cup of hot cocoa from the Chamber booth, visit Santa and take advantage of all of the fun, free activities and entertainment.

We highly suggest taking one of 3 Free Shuttles Downtown. 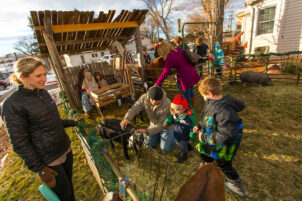 ONGOING ACTIVITIES AROUND THE SQUARE:

At the Castle Rock Firehouse 2-6pm

At the PS Miller Library 2-4pm

Rink at the Rock Grand Opening! 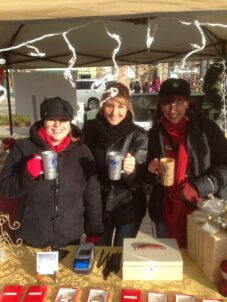 Or purchase Ornaments ONLINE– They are a special and unique, one of kind holiday gift!

Huge Thank You to our Transportation Sponsors:

Please consider taking a shuttle from one of these locations.

Note: Shuttles are location specific, make sure you get on the bus you arrived on.

PLEASE NOTE:  Many roads leading into downtown will be closed from 8 am – 9 PM. 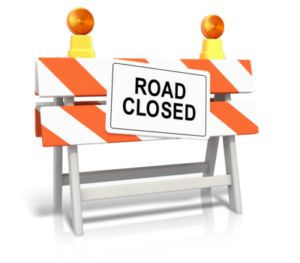 Cars left inside the event footprint after road closures will be TOWED & IMPOUNDED at the owners expense.

2 Locations to Visit with Santa Claus!

Non Profit , Dance and Singing Groups are invited to participate in this well-respected community event to spread the word about their organization/program. If you meet all of the terms/conditions criteria you may submit your information to be considered for our upcoming event.  Every great event of course needs great food!   If you have a fabulous food truck and would like to feed our hungry crowd, please apply below! 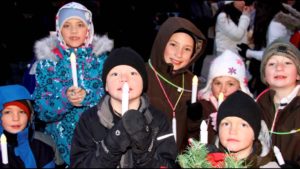 Thank You for your Help!  Please view shifts/times sign up today!

We invite you to join the Castle Rock Chamber on Saturday, November 23rd for a day full of fun activities, culminating in the Starlighting ceremony at 5:00 pm. The lighting of the Star will be at approximately 5:30 pm followed by a fireworks show.

Help keep this wonderful tradition alive with your generous support.

Although any donation is appreciated, $100 or more will promote your family or business as a Friend of Starlighting on our website along with other Starlighting sponsors. A commemorative certificate and letter of thanks will also be mailed to you.

Standing out in a crowd of competitors is no easy task, and it’s getting more difficult all the time. Contact the Castle Rock Chamber today to learn about the exciting sponsorship opportunities we can offer your business. Email Pam Ridler or give her a call at the Chamber (303) 688-4597. 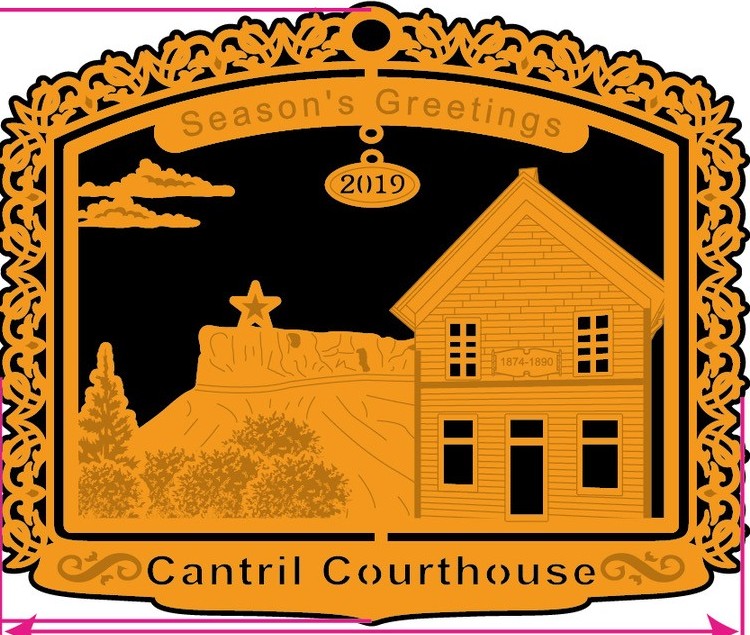 Get your very own piece of Castle Rock memorabilia today.
Purchase gifts for family and friends.

History of the Castle Rock Star 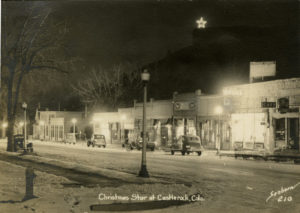 Castle Rock is named for a large geological formation which looked to early travelers to the area like a castle on a hill. A special tradition has been observed in the town every Christmas since 1936. It has a 45 foot tall electric star which lights up the night in the town from the week before Thanksgiving until the end of the National Western Stock Show in January. The star has been a symbol to people in Castle Rock for over 80 years.

In 1936, the United States was experiencing the Great Depression.

Millions of people were out of work. There was also a drought in those years which became known as the “Dust Bowl”. Farms throughout the middle part of the country saw their crops dry up and their soil blow away. In Castle Rock, the Douglas County Fair, the community’s main annual festival, had been held only sporadically since 1930. Like people throughout the country, the citizens of Castle Rock were losing hope because of the poor economy, and the town was badly in need of a boost.

Someone heard that people in nearby Palmer Lake were talking about building a star. Community leaders in Castle Rock jumped on the idea, thinking that the star would draw travelers’ attention. They hoped people would stop in town on their travels along what was then busy Colorado Highway 85-87.

George P. Stewart owned “The Rock” in 1936, and he was happy to donate the land on which the star could alight. Men from the Works Progress Administration, who may have been staying at the local Civilian Conservation Corps Camp designed the star. Both the WPA and the CCC were federal programs designed to put Americans to work during the Depression. Forty foot steel rods were ordered from Denver and paid for with donations from the Town Council. Volunteer firemen carried the rods up

Castle Rock (no mean feat, there was no road or trail up the 290 foot tall rock then) and welded them together with gas donated by two local businesses. The manager of the local electric company donated some poles and helped string the electricity with wire donated by the Mountain States Telephone Company. When they were finished, the forty foot tall star with nearly 100 light bulbs shone from the top of Castle Rock. The star was lit around 5 pm and extinguished at midnight every night throughout the Christmas season, and burned all night on Christmas and New Year’s Eves. The star was lit every year from 1936 until 1941.

In 1941, the country was committing all its resources to win World War II, and the star was a luxury Castle Rock could no longer afford. Rationing of electricity did not allow the star to be lit, but the structure remained on top of the rock, a symbol of the sacrifices that everyone in the country was making. On August 14, 1945 the war was finally over. That night, the star was converted into a “V” for victory as people celebrated into the night at the fire station. The star was lit on December 7th of 1945, and it has been lit every Christmas season since. The star was completely rebuilt in 1949 in an effort to make it safer and sturdier, and there have been other repairs made to the structure in the succeeding years.

In 1965, a new group of community leaders, led by Mrs. Anne McConnell, started a ceremony for lighting the star. The programs included speakers from the Town of Castle Rock, choirs from the Air Force Academy and local churches, and a parade. In 1966, Mrs. Helen Lowrie Marshall, a Denver poet, wrote a poem called “The Star of Castle Rock” to commemorate the star. The poem was read at most of the starlighting ceremonies and published in the local newspaper throughout the 1960’s, 1970’s and 1980’s.

During the early 1970’s, the energy crisis briefly threatened the star lighting, but the tradition continued. For about 11 years, the ceremony was held at the Douglas County Courthouse. In 1978, the courthouse was destroyed in a fire. The starlighting was then held for a number of years on the “courthouse square”, where a new administration building for the county was constructed.

In 1999, the starlighting moved to the steps of the new police station on Perry Street in Castle Rock. After both the 1998 and the 1999 Super Bowls, the lightbulbs in the star were replaced so that they showed blue and orange in celebration of the Denver Broncos victories.

After the terrorist attacks of September 11, 2001, the star was lit for several weeks. The organizers of the Starlighting Ceremony chose a patriotic theme for their celebration, complete with flags on all the advertising for the event.

In 2015, the star was again lit with orange and blue bulbs to celebrate the Denver Broncos Superbowl 50 win over the Carolina Panthers.   Information provided by Douglas County History Research Center

2019 Community-Wide STOREFRONT DECORATING CONTEST
We can make the 2019 STARLIGHTING the most festive event of the season for all of Castle Rock!
Decorate your storefront or building in time for Starlighting on Saturday, November 23, 2019

A certificate and collection of commemorative ornaments will be awarded to winner of each of the following categories:

• Best of Show
• Best Use of Lights
• Most Creative

Winners will be announced at the Starlighting Ceremony and in the Local News Publications and websites.

Judging will be November 22nd after 5:30pm.  Register Your Business Location Here to be considered. 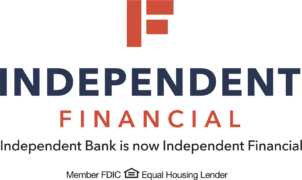 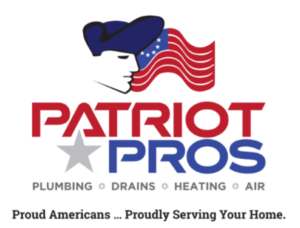 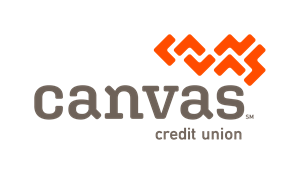 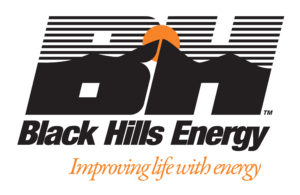 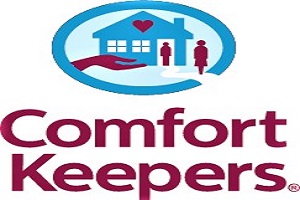 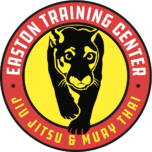 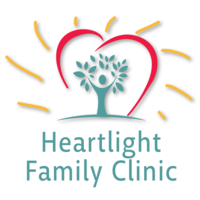 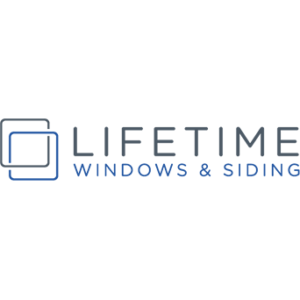 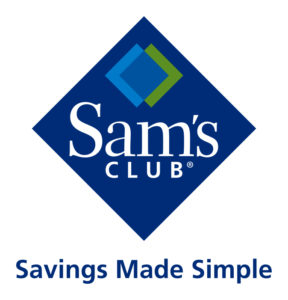 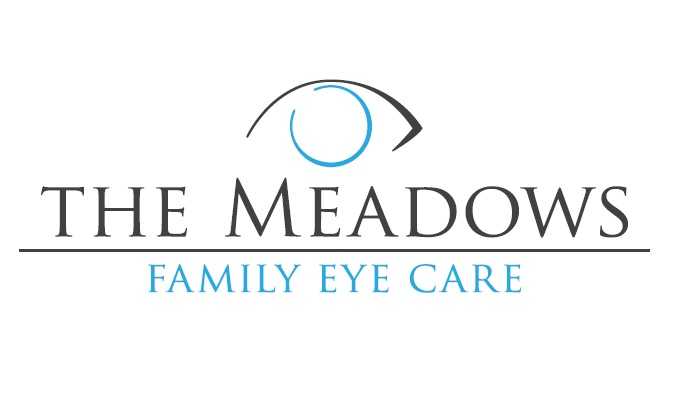 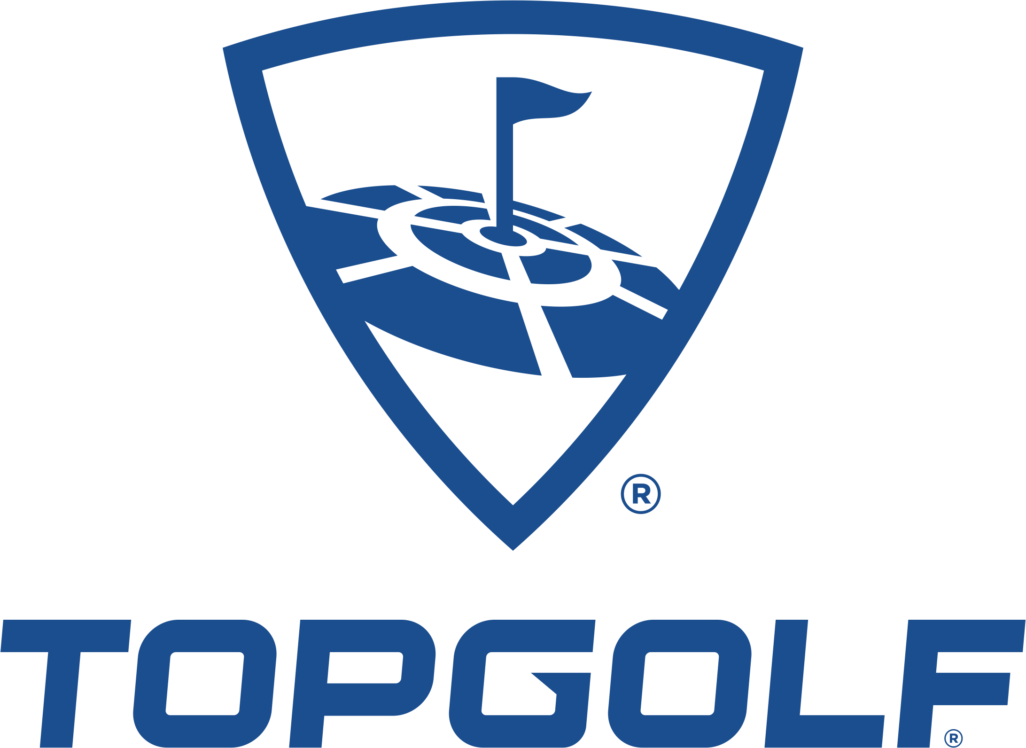 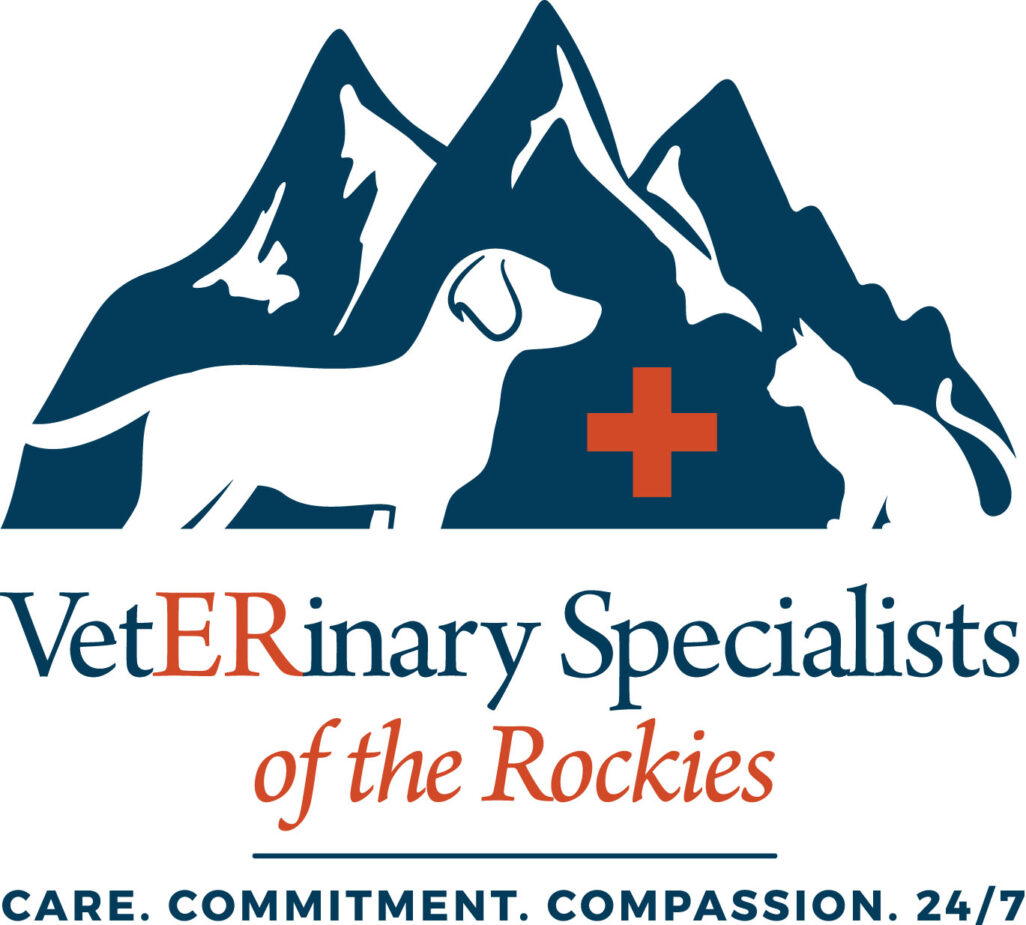 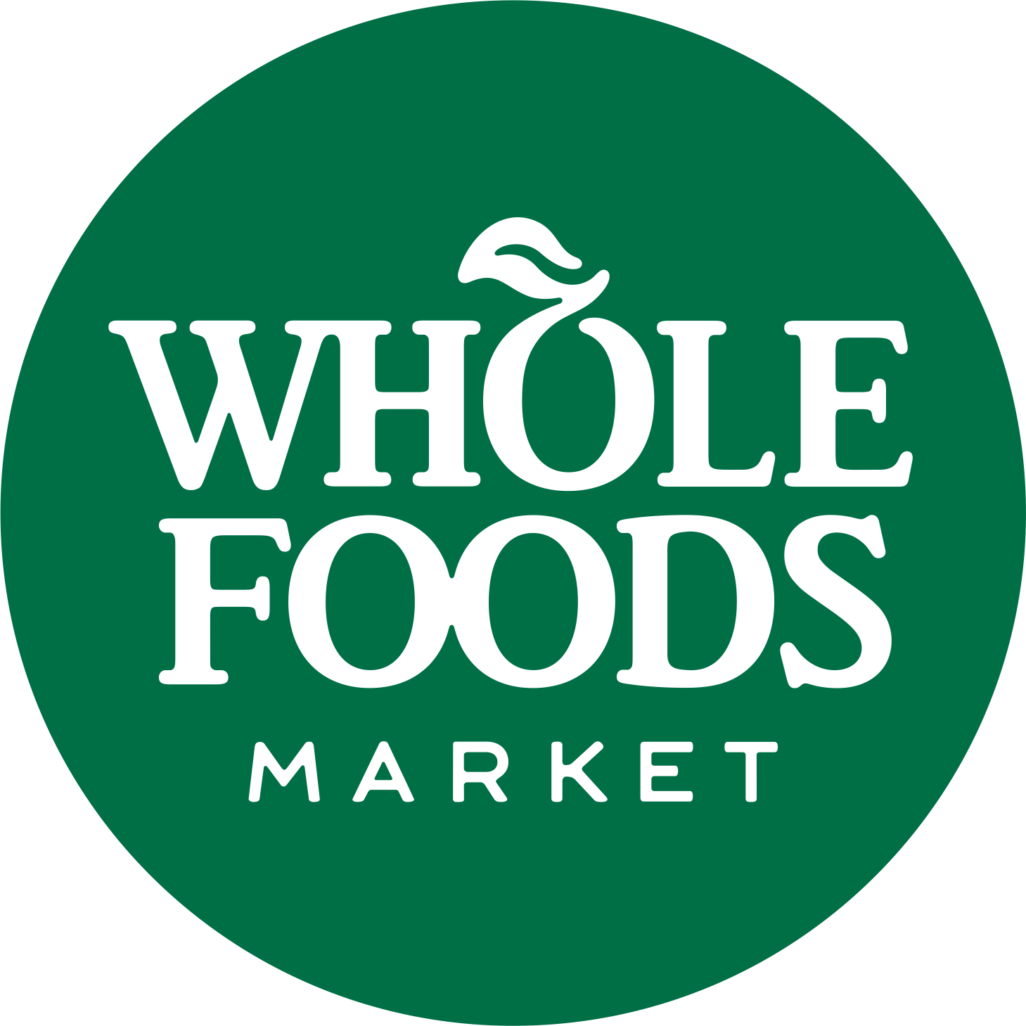 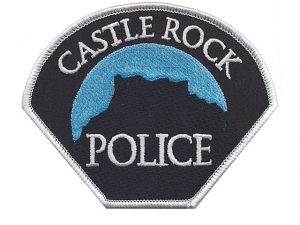 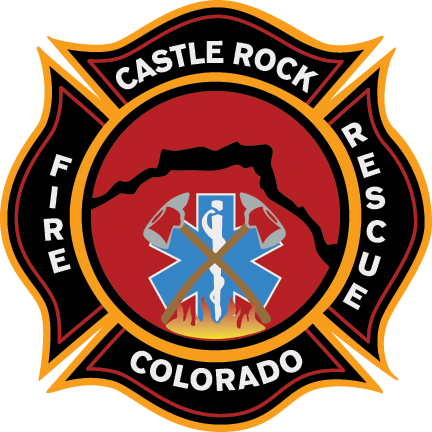